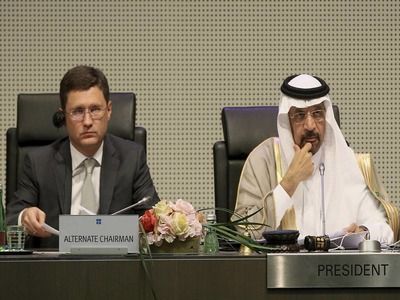 Peskov: Russia and Saudi Arabia Do not Wage Price Wars

Fuel and energyMinistries and departmentsOilInternational activities
OREANDA-NEWS. A spokesman for Russian President Dmitry Peskov said that Russia and Saudi Arabia are not waging any wars over oil prices. He is sure that other states should not interfere in the partnership between the two countries.

"There are no price wars between Russia and Saudi Arabia. There is a very unfavorable pricing environment for many countries", the Kremlin representative said in an interview with reporters on Friday. According to him, the Russian Federation and Saudi Arabia have "good relations, partnerships". "We don't think that anyone should intervene in these relations", Peskov pointed out. In addition, Peskov doesn't consider the oil price of $ 25 per barrel a disaster for the Russian Federation.