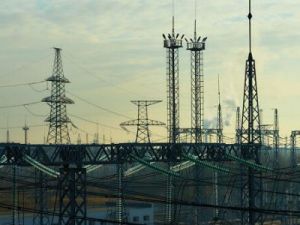 OREANDA-NEWS. The press service of Inter RAO company, a Russian electricity export and import operator, resumed electricity supplies to Ukraine. “We confirm the resumption of supplies, they are conducted in a pilot mode and only on an advance payment,” a representative of Inter RAO told to journalists.

The Ukrainian company Ukrenergo confirmed the resumption of commercial electricity supplies from Russia. It happened after the national parliament Verkhovna Rada allowed to import electricity from Russia and Belorussia under bilateral agreements.

Ukraine imported electricity due to a deficit of own resources. However, in 2015, it refused it, for it eliminated the deficit.

The Russian information agency RBC’s source aware of the negotiations said that currently Ukraine has the problems with coal for thermal power-stations, probably due to the situation in Donbass, where the armed conflict has not stopped since 2014.

Since July 2019, Ukraine launched its electricity market. It was an indispensable condition of the Third Energy Package of the European Union, as well as a program of cooperation with the International Monetary Fund and receiving financial support from Brussels. The launch of a new model of the wholesale electricity market meant a transition from working under the “single buyer” model to a full-scale competitive market, as well as bilateral agreements between producers and large consumers, and the introduction of a balancing market.

The President of Ukraine Volodymir Zelensky proposed postponing the launch of a new market model to next year, but the deputies of the Verkhovna Rada refused this initiative.