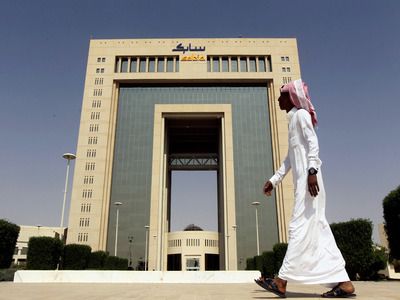 Saudi Petrochemical Giant Will Conclude a Deal with a Russian Company

Fuel and energyInternational activitiesOilMinistries and departments
OREANDA-NEWS. Sabic, the world's largest petrochemical company, headquartered in Riyadh, intends to enter into an agreement in the field of petrochemicals with a company from Russia on the sidelines of the Russian-Saudi Investment Forum. This was stated at a briefing by the head of the Russian Direct Investment Fund (RDIF) Kirill Dmitriev, a Russian media correspondent reports.

“There will be one deal involving petrochemicals, with Sabic”, he said ahead of the forum on Monday, October 14, in Riyadh, the capital of Saudi Arabia, as part of a visit by Russian President Vladimir Putin.

On October 14, Vladimir Putin will visit Saudi Arabia. Within its framework, it's planned to announce more than a dozen agreements. Their total volume will exceed $ 2 billion with both existing and new partners of the RDIF in the kingdom, including companies involved in logistics, transport, oil production, agriculture, space, infrastructure construction, etc. Also, RDIF, together with colleagues from Saudi Arabia, will conduct a Russian Saudi Investment Forum, which will bring together more than 300 participants.