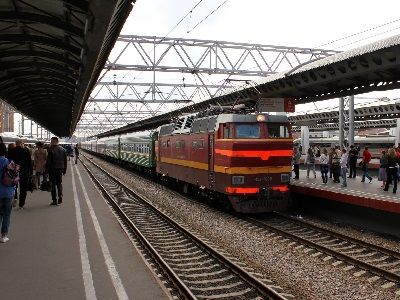 OREANDA-NEWS There is a direct rail link between Berlin and St. Petersburg.

About it the representative of the German Ministry of transport told journalists. Russian Railways confirmed this information.

According to the data received by the publication, the new route will pass through Kaliningrad.

It is noted that the organization of the message will not have to carry out large-scale construction work, as will be used already existing branches in Poland and the Baltic countries.

The new route will also make it possible to shorten the route between St. Petersburg and Kaliningrad almost twice.

At the moment, the details of the German part of the route are being worked out, indicated in the German Department.

"We assume that trains from Berlin to Kaliningrad and St. Petersburg will go through Frankfurt-on-Oder to the border with Poland and further in the direction of Warsaw, partly on the already existing route Warsaw — Brest — Minsk. The line-except for small areas in the Berlin area-has recently been expanded, now the speed of trains on it is 160 km/h," the Ministry said.

The regional press service of Russian Railways confirmed that at the moment the technical study of the project is underway and it is difficult to name the approximate date of its launch.

Currently, there is no direct railway between St. Petersburg and Berlin: passengers have to make a two-hour change in Moscow and spend 32 hours on the trip. A similar situation is observed between the capital of Germany and Kaliningrad, but there travel is already carried out with two transfers.

Some experts believe that the emergence of direct communication with Germany will attract tourists to Russia. Others expect a high demand for this direction and a significant inflow of investment in Germany. In addition, the new route will almost halve the distance between the Northern capital and Kaliningrad.

Earlier, the head of the state company "Avtodor" Sergey Kelbach said that the construction of the highway Moscow — Nizhny Novgorod — Kazan is planned to be completed in 2024.

The German Opposition Demands Compensation for the Fact, that During the Holocaust, the Victims Paid for Tickets to Death CampsOreanda.ru | 25.01.2021 10:17:05