India and Uzbekistan will Buy Fighters from Russia 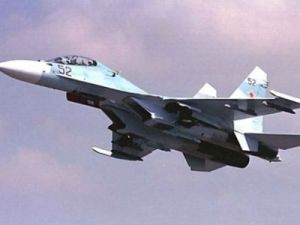 OREANDA-NEWS. To date, Russia has fully fulfilled its obligations to provide India with all the technological kits of the Su-30MKI fighter jets.  Recently it became known about the acquisition of 18 Su-30MKI fighters by the Indian side.  This was announced by Deputy Director of the Federal Service for Military-Technical Cooperation Vladimir Drozhkov.

Uzbekistan can be one of the states from the Commonwealth of Independent States, where the Su-30SM fighter jets protect the air borders.  According to RIA Novosti, Tashkent has already informed Moscow about plans to purchase aircraft and the corresponding equipment for them.

It is reported that eight US F-16 multi-role fighters, four French Mirage-3s and four Sino-Pakistani JF-17 Thunder jets took part from the Pakistan Air Force.  The remaining models are not known, but they were escort aircraft.  In turn, the Indian Air Force flew four Russian-made Su-30MKIs, two French Mirage 2000 and two Soviet MiG-21s.  One of the last and was eventually shot down.

According to the publication, the Indian Air Force is currently working on the modification of 40 fighters under the use of supersonic air-launched cruise missiles "BrahMos-A".  At the moment, it was possible to redo only 2 aircraft.  It is assumed that all 18 Su-30MKIs ordered in Russia will be assembled immediately under the use of this rocket.