In China, Children will Only be Able to Use the Tik Tok App for 40 Minutes a Day 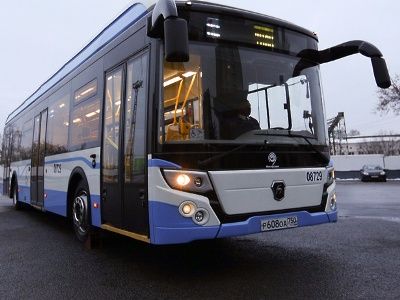 Moscow Leads in the Number of Electric Buses in Europe

OREANDA-NEWS. Maxim Liksutov, the head of the transport department of Moscow, said to journalists that the capital of Russia had become a European leader in the number of electric buses on urban routes.

“Moscow electric bus is one of the most reliable and technologically equipped in the world,” the official said. “This is our pride," he added.

According to Liksutov, by the end of the 2019 another 300 electric buses will enter the Moscow traffic. Beginning from 2021 the number of new vehicles will be 600–800 per year.

The first regular route of the passenger electric bus was launched in Moscow on September 1, 2018. It began going along the way of one of existing trolley bus routes.

Last fall, Moscow transport deputy mayor Maxim Liksutov promised that the capital of Russia would be completely provided with electric public transport in 12–13 years, and the time of traditional diesel buses would end.