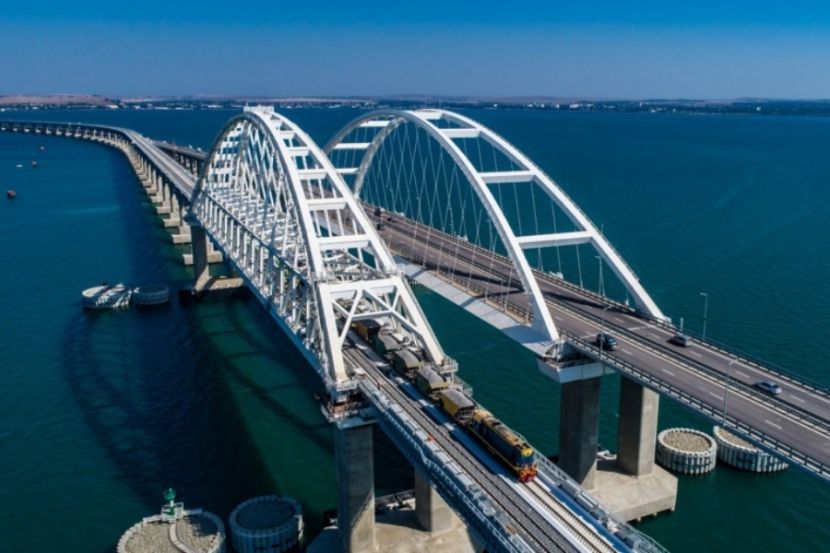 Railway Freight Traffic Was Launched on the Crimean Bridge

Two freight trains of the Crimean Railways set off towards each other, one from the Crimea, the other from mainland Russia. According to TASS news agency, one train was carrying products of Crimean enterprises, including soda ash and limestone. Another train, which moved from the mainland, was transporting gasoline, fertilizers, grain and cement. They met under the arch of the Crimean Bridge.

According to Aksenov, the bridge’s capacity is 12 pairs of freight trains per day. This will allow transporting 13 million tons of cargo per year. Dietrich told reporters that this year Crimean Railways will be able to deliver about 3–3.5 tons of cargo, and next year this number will increase to about 4.5 million tons.

The Crimean Bridge is the longest in Russia and Europe, its length is 19 kilometers. The movement of cars and buses began in May of 2018; trucks began movement in October of the same year. Passenger trains’ traffic was launched in December of 2019.