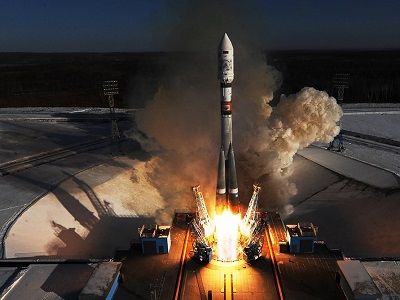 "Roscosmos" Told About the Possible Causes of the "Soyuz" Accident

OREANDA-NEWS  Executive Director of Roscosmos Sergey Krikalev said that there was a clash of elements of the first and second stages.

There is no final version of the accident of the Soyuz spacecraft yet, but the reasons are clear, said the Executive Director of Roscosmos Sergey Krikalev.

"The immediate reason is clear — it is connected with the fact that there was a collision of one of the side elements, which is part of the first stage. When the first and second stages were actually divided, there was a contact, " Krikalev said.

He admitted that there was a deviation from the normal trajectory, as well as the destruction of the lower part of the second stage.

Krikalev noticed that after this accident the rocket stopped the planned flight, but the automation worked fine. "We need to say again how well built an emergency rescue system and what provisions laid down that even under these adverse conditions, in what turned out to be the rocket, the crew returned safely to Earth, without exceeding the standard overload", — he stressed.

The Executive Director of Roscosmos said that the first results of the state Commission to investigate the causes of the accident will be received in the 20s of October. He noted that it is planned to study the elements of the missile found in Kazakhstan. "They will help to analyze what happened. After this analysis, the necessary measures will be taken and flights will continue. Perhaps we will move a little next start," - said Krikalev.

The accident occurred on October 11 when the Soyuz manned spacecraft was launched from the Baikonur cosmodrome 119 seconds after the launch. The manned ship lost control and fell, but the crew was evacuated in a special capsule, activating the emergency rescue system. They landed near the city of Zhezkazgan in Kazakhstan.

The crew of the ship — cosmonaut Alexei Ovchinin and NASA astronaut Nick Hague - survived. Their state of doctors estimate as normal, on Friday they returned to the Zvezdnuyi city in Moscow area.

Investigators opened a criminal case on suspicion of violation of safety rules in construction works that caused major damage (article 216 of the criminal code).