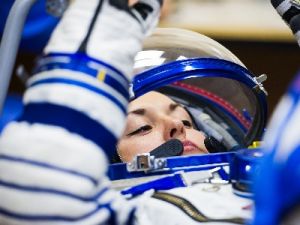 OREANDA-NEWS Roscosmos will consider the possibility of more active involvement of women in future cosmonaut squads, the Head of the State Corporation Dmitry Rogozin told reporters on Monday.

"We believe that the cosmonaut corps would have looked more confident, the work would have been more effective if the number of women in the detachment had increased. The cosmonaut training center and Roscosmos are sympathetic to the idea of purposeful search for future members of the cosmonaut corps from among those specialists who have already developed as talented researchers. Of course, when selecting, we will look for the possibility of more active involvement in the cosmonaut corps," Rogozin said.

Earlier, a source in the rocket and space industry told that the state Corporation Roscosmos will form a detachment of women astronauts for flights into orbit, the search for candidates will be conducted among space specialists.

According to Rogozin, when it comes to missions in deep space, as well as increasing the number of experiments to be carried out at the International space station in various fields - biology, chemistry, medicine - will need specialists in these areas.

He specified that Roscosmos will pay close attention to the selection of future cosmonauts and since the selection is very tough, the number of applicants should be much greater. "It is necessary to select not from tens and not from hundreds, but from tens of thousands of people in order to have the best of the best. From the passive form of work with the cosmonaut corps, when recruitment is simply announced and people submit applications, there should be a transition to finding the most talented specialists among young men and women," Rogozin said.

Women did not get into the cosmonaut corps as part of the new set, which ended in the summer of 2018. Some experts later explained this by the peculiarities of the national mentality and women's less desire to become astronauts. The set was open: any citizen of the Russian Federation not older than 35 years, having higher education in engineering, scientific or flight specialties and experience could try his luck. Only male cosmonaut candidates were selected.

For all time from the USSR and Russia flight in space could make only four women - Valentina Tereshkova, Svetlana Savitskaya, Elena Kondakova and Elena Serova. For comparison: colleagues from NASA to today sent 47 women into space, that is almost 12 times more.