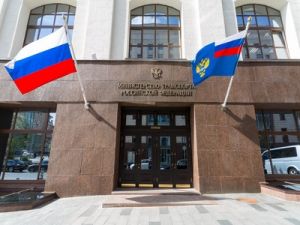 Previously, Aeroflot canceled a number of flights to Prague and back due to cancellation of permits by the Czech authorities. The permit for Pobeda for flights to Karlovy Vary was also withdrawn. Ural Airlines reported that they suspended flights to Prague from Koltsovo Airport and Zhukovsky near Moscow, but the carrier later said that flights from Yekaterinburg to Prague and back were resumed, the planes on July 2 will take off with a delay due to waiting for permission to depart. In this case, the changes in the situation with departures from Zhukovsky is not reported.

Media sources reported that the reason for the restrictions on flights to the Czech Republic was the dissatisfaction of the Czech side with the conditions of the Trans-Siberian routes for the national carrier. A source at the airline explained that the Russian Ministry of Transport did not agree on Czech Airlines flights on the Moscow-Seoul route.

The reason for the restrictions on flights to the Czech Republic for Russian airlines was the discontent of the Czech side with the conditions of the Trans-Siberian routes, a government source said. The information was confirmed by a source in one of the airlines.“Prague isn't satisfied with the flight conditions on the Transsiberian routes for their national carrier”, said the government interlocutor. A source at one of the airlines explained that “the Ministry of Transport of Russia didn't agree on flights for Czech Airlines on the route Moscow - Seoul”. Restrictions on the Russian side were introduced from June 30.