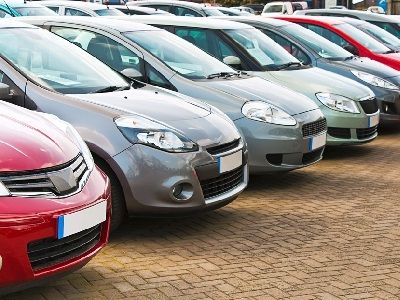 Sales of Passenger Cars in Russia for 11 Months Increased by 13.7%

OREANDA-NEWS In October this year, sales of new cars in Russia amounted to 148.5 thousand units, showing an increase of 9% compared to the result of October 2017. Experts of the analytical Agency "AUTOSTAT" note that the positive dynamics observed in most segments, with the exception of pickups and C.

Sales of passenger cars and LCV (light commercial vehicles) in Russia in November 2018 increased by 10.1% compared to the same period last year, to 167.49 thousand units. At the same time, in January - November sales showed an increase of 13.7% to almost 1.63 million units, according to the Association of European business (AEB).

"In November, sales in the automotive market continued to show strong growth. As mentioned earlier, we can expect a similar rate of growth in December, as buyers will rush to take advantage of new year's price offers, including the old VAT rate," said the head of the Committee of automakers AEB jörg Schreiber, whose words are given in the message.

The leader among manufacturers in the Russian car market - "AVTOVAZ" increased sales in November by 15.4% to 33.7 thousand units, and in January-November 2018 was sold 324.8 thousand Lada cars, which is 16% more than in the same period a year earlier.

Earlier was reported that "AVTOVAZ" company sold 27,398 new cars and assembly sets on foreign markets in the first 9 months of 2018. This figure exceeds the figures for the same period last year by 65%. According to the press service of the Russian company, since the beginning of this year, sales of Lada cars started in two new countries.