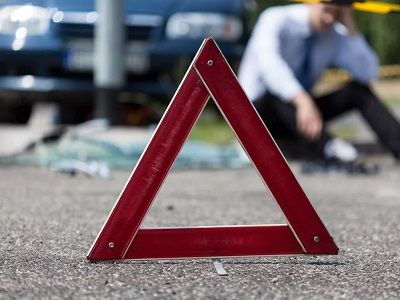 There is Traffic Accident Near Tver: 12 People Were Injured

OREANDA-NEWS  Mass traffic accident involving eight cars occurred on 359 kilometer of the route M-9 "Baltic" near Tver, as a result of which 12 people were injured. This was reported on Monday in the press service of the main Department of the Ministry of internal Affairs of the Tver region.

"The incident occurred on the night of October 15. At 359 km, near the village of Dubrovo faced truck two cars. Later in the same place there was one more collision with participation of the bus, the truck and two cars. As a result, 12 people were injured," the police said.

Previously, information was received about the hospitalization of seven people, including three children. At the place of a traffic accident working law enforcement. Traffic on the emergency section of the road is difficult . Eyewitnesses report that perhaps the cause of the incident could be a heavy fog.

According to a source in the emergency services at the place of a traffic accident there is smoke, the cause of which is established.

The Investigative Committee began preliminary examination after the incident.

This is the second major accident in the region in recent days. In the morning of October 5, there was a traffic accident in the Kalinin district of the Tver region. Faced bus LiAZ, EN route from Rzhev, and a minibus Ford Transit, driving from Tver. According to the Ministry of emergency situations, 13 people were killed in the accident.

Earlier it was reported that in the Astrakhan region four people were killed in a head-on collision of two cars on Sunday evening, October 14.