Toyota Announced a Car for the Olympics 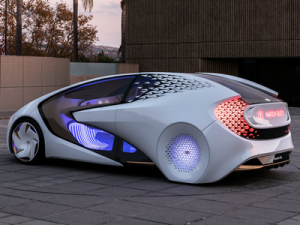 OREANDA-NEWS. Toyota has shown a car that will be used at the Tokyo Summer Olympics.  It will take place in 2020.

The novelty, dubbed Toyota Concept-i, is built on the basis of a spectacular prototype of 2017, but differs from it in a slightly modified design.  The car will accompany marathon runners who are charged with carrying the Olympic flame, and will also be used for other sporting events.

The main technical characteristics of the “Olympic car” are kept secret, but Toyota has already boasted that it will receive an ultra-modern “autopilot” of the fourth level.  In other words, the car will be able to drive completely independently, “transferring” control to the driver only in emergency situations.

As part of a sponsorship contract, Toyota will donate 3.7 thousand units of its transport to the Tokyo Olympics: eco-buses powered by hydrogen fuel cells, unmanned shuttles, motorized modules for the disabled, and even a flying car.