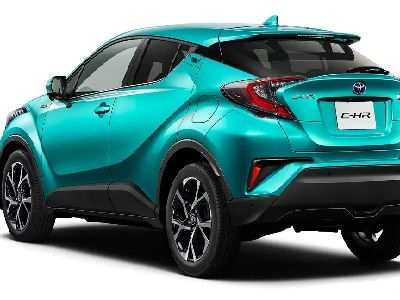 Toyota Will Recall More than 400 Cars in Russia

OREANDA-NEWS Toyota Motor announced the recall of 423 Toyota C-HR crossovers produced from June 18 to August 28, 2018. The reason for the recall of cars is the existing probability that one or more mounting bolts of the rear hub bearings could not be sufficiently tightened during the production process, the press service of Rosstandart.

In this situation, the rear hub bearing mounting bolts may be loosened, which may result in loosening and loss. Unscrewing the bolts may damage the rear brake components or cause the rear wheels to detach. This can lead to reduced braking performance or loss of stability of the vehicle, which in turn increases the risk of an accident.

Authorized representatives of the Toyota Motor manufacturer will inform the owners of Toyota C-HR vehicles subject to the review by sending letters and/or by phone about the need to provide the vehicle to the nearest dealership for repair work. On vehicles, the rear hub bearing bolts will be checked and replaced if necessary. All repairs will be carried out free of charge for the owners. As previously reported by "AUTOSTAT", sales of the new coupe-crossover Toyota C-HR began in Russia from July 1, 2018.

The novelty took place in the lineup Toyota a step below the RAV4 model. In the Russian market Toyota C-HR is offered in three versions: Cool, Hot and Ride, each of which involves not only a certain equipment, but also its own set of power units. Prices for the model range from 1 million 299 thousand to 2 million 133 thousand rubles. Earlier, the Toyota Motor company announced the recall of 226 Toyota Prius cars produced from August 1, 2016 to May 8, 2018.

Long-term operation of the vehicle in this state due to vibration can cause a violation of the insulation of the wiring. This can lead to a short circuit and overheating of the wiring, which increases the risk of car fire. On Toyota Prius vehicles, the engine wiring harness will be checked and, if necessary, replaced with a new one.