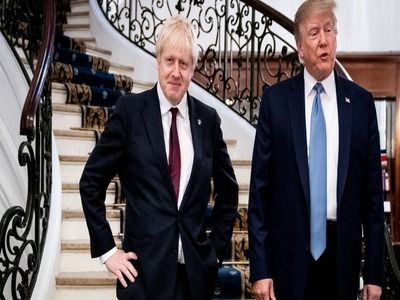 WorldInternet mediaInternational activitiesMinistries and departments
OREANDA-NEWS. Great Britain and the United States postponed indefinitely negotiations for a free trade agreement due to the situation with the coronavirus. This was reported on Friday by the newspaper The Daily Telegraph.

According to the publication, discussions with the participation of hundreds of politicians and experts on the most important bilateral agreement were supposed to start at the end of March and be held alternately in the United States and Great Britain. However, negotiations, preparations for which were conducted for several years, have not begun. "The new date for the start of the dialogue has not yet been agreed", the newspaper notes.

The parties are considering the possibility of conducting trade negotiations in the form of video conferences, however, according to a number of participants in the negotiation process, such a dialogue "will be less effective".

According to experts, the UK government expects that the conclusion of a free trade agreement with the United States will increase trade between the two countries by £ 15.3 billion ($ 20 billion), and the direct benefit for the economy of the United Kingdom will be £ 3.4 billion ( $ 4.4 billion).
Source: OREANDA-NEWS
Другие новости: