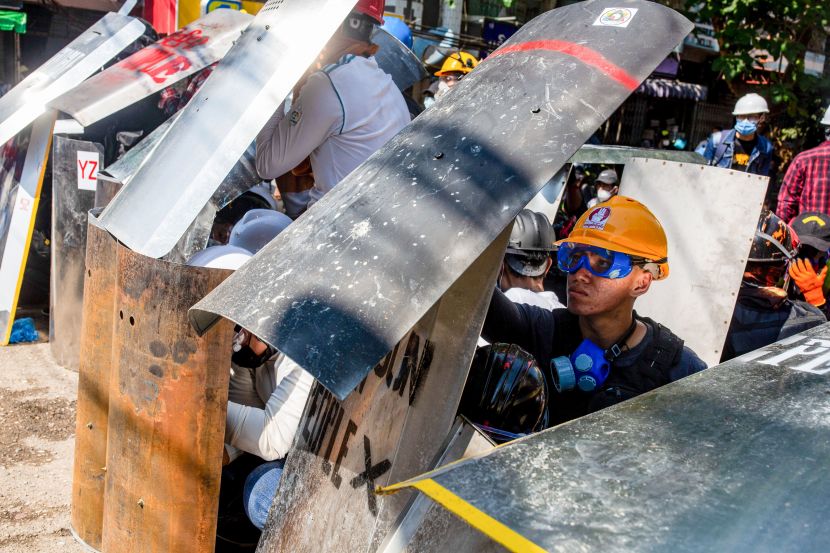 UN: After the Coup, At Least 149 People were Killed in the Suppression of Protests in Myanmar

OREANDA-NEWS. The United Nations (UN) has called on the military, which came to power in Myanmar as a result of the coup, to stop violence against protesters. The military junta should «put an end to the killings and detentions of demonstrators» UN spokeswoman Ravina Shamdasani said in Geneva on Tuesday, March 16. According to her, at least 149 people were killed after the coup in the suppression of protests in Myanmar.

At least five deaths among the detainees have been reported in recent weeks, and at least two victims were found with injuries, that indicate torture, Shamdasani said. In addition, hundreds of people were apparently forcibly abducted.

According to the Thailand-based human rights organization «Association for Assistance to Political Prisoners» (AAPP), a total of 183 opponents of the coup were killed in Myanmar, in particular, on the eve of the security forces shot at least 20 people, and on March 14 — 74 people. More than 2,100 protesters were detained.

After the military coup, that took place on the night of February 1, protests have not subsided in Myanmar. The military has imposed a one-year state of emergency in the country and intends to hold new elections after that. Myanmar's democratically-elected President Min Bin and de facto Prime Minister Aung San Suu Kyi have been taken into custody. The army justified the coup by allegedly falsifying the results of the November parliamentary elections, which, according to official results, were won by Aung San Suu Kyi's «National League for Democracy» party, gaining more than 70% of the vote.