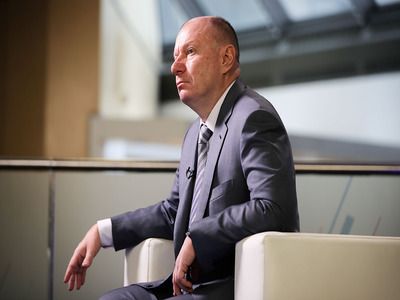 Forbes Named the Most Wealthy for the Year Russian Billionaires

FinancesFinance accounting and auditStock marketInternet media
OREANDA-NEWS. Forbes Russia magazine ranked the five most wealthy Russian billionaires in 2019. The corresponding list is published on the website of the publication. The first place went to the co-owner of Norilsk Nickel (he owns a 30.4% stake in the company) and the president of Interros holding Vladimir Potanin, whose current state is estimated at $ 23.8 billion. According to the publication, Potanin added $ 7 to his capital over the year. , 8 billion. In 2019, the businessman took sixth place in the ranking of 200 richest businessmen in Russia, according to Forbes.

In late October, the shares of Nornickel exceeded the historical maximum, and the company's capitalization reached 2.85 trillion rubles. in Moscow and $ 42.7 billion in London. The increase was possible after the Indonesian nickel mining companies agreed to stop the export of nickel ore. Initially, the ban was planned to be introduced in January 2022, after which the deadline was moved to 2020.

In addition, in November, a London court rejected the lawsuit of Potanin's ex-wife, Natalia (since 2016, is a resident of the UK), concerning the division of property. The amount of her claims amounted to £ 5.76 billion ($ 7.38 billion).

Leonid Mikhelson, Chairman of the Board of NOVATEK, ranks second in terms of annual growth in wealth, taking first place in the ranking of the richest representatives of Russian business with a fortune of $ 27 billion. This year, according to Forbes, the fortune grew by $ 5.9 billion.
Source: OREANDA-NEWS
Подписывайтесь на наши группы: Instagram | VK | Facebook | Twitter
Материалы по теме: