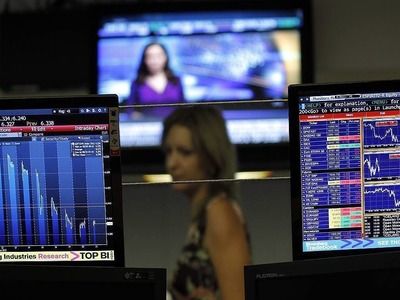 Media: Richest People in the World Lost $ 139 Billion per Day

FinancesStock marketFinance accounting and auditInternet media
OREANDA-NEWS. The total wealth of the 500 richest people in the world fell by about $ 139 billion on Monday due to a significant decline in stock trading indices in the US and other countries. Such estimates were published by Bloomberg.

As it notes, these are the largest losses for persons included in this rating since the moment when the agency began to conduct such observations in October 2016. Bernard Arnault, CEO of the French group of companies LVMH (Louis Vuitton Moet Hennessy), and Amazon CEO Jeff Bezos lost $ 4.8 billion each, more than any of the other businessmen on the list. Bezos is still the richest man in the world, and Arno is third in this indicator. The fortune of the owner of the Spanish retail chain Zara, Amancio Ortega, decreased by $ 4 billion, the head of Facebook Mark Zuckerberg - by $ 3.48 billion, and one of the founders of Google Larry Page - by $ 2.7 billion.

According to agency estimates, the president of Lukoil, Vagit Alekperov, has lost the most among the Russian billionaires in the last 24 hours. His fortune decreased by $ 1.21 billion. In second place is the head of Novatek Leonid Mikhelson ($ 692 million), in third place is Vice President of Lukoil Leonid Fedun ($ 508 million).