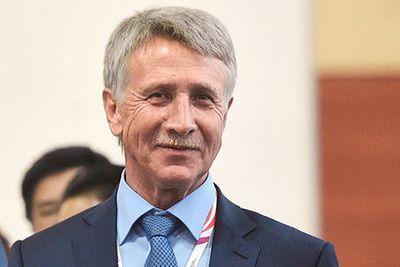 FinancesInternet mediaFinance accounting and auditState finance
OREANDA-NEWS. Vladimir Potanin took first place among the Russians in the new annual ranking of billionaires according to Forbes magazine. His fortune is estimated at $ 19.7 billion (last year it was $ 18.1 billion).

In the world list, he is in 41st position, slightly inferior to the owner of the German Lidl discounter chain Dieter Schwartz. Last year, the first among Russians was the chairman of the board of NOVATEK Leonid Mikhelson, whose fortune declined by almost $ 7 billion over the year, to $ 17.1 billion. He is in 48th place on the world list.

The second place among Russians (45th in the global list) was retained by NLMK Chairman of the Board of Directors Vladimir Lisin, who headed the Russian list of billionaires in 2018. His fortune decreased from $ 21.3 billion to $ 18.1 billion.
Source: OREANDA-NEWS
Материалы по теме: