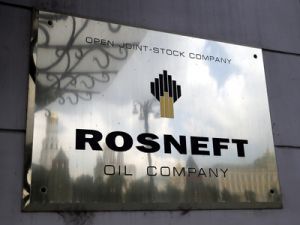 OREANDA-NEWS. In the first half of 2019, Rosneft reduced the volume of loans and borrowings, including prepayments for the supply of oil and oil products, by more than 800 billion rubles, the company said in a report for the second quarter. As a result, her debt fell to 5 trillion rubles.

The volume of short-term and long-term loans decreased by 14%, to 3.8 trillion rubles., Long-term prepayments for deliveries from buyers of oil and oil products - by 13%, to 1.2 trillion rubles. At the same time, the amount of cash in the company's accounts decreased by almost 3.5 times, to 245 billion rubles. On Wednesday morning, August 21, after the opening of trading on the Moscow Exchange, Rosneft shares rose 2.2%, to 416.95 rubles apiece, then the growth corrected to 1%. The company's capitalization amounted to 4.37 trillion rubles.

In May 2018, Rosneft announced a change in strategy - a decrease in debt by 500 billion rubles before the end of the year and the repurchase of shares by $ 2 billion "in order to increase shareholder value". The company was also going to reduce last year the level of capital investments by 20%, to 800 billion rubles., And to reduce working capital by 200 billion rubles. It was said in its message. In addition, Rosneft intends to reduce the share of tail and non-core assets with the receipt of “additional net cash flow”. Despite a significant reduction in the debt burden, in the first half of 2019, the company's free cash flow decreased by only 8.5%, to 332 billion rubles, follows from its materials.

“In the second quarter, the company continued to carry out strategic tasks to increase the efficiency of existing assets and reduce debt”, said Igor Sechin, chief executive officer of Rosneft (his words are quoted in the company's message).