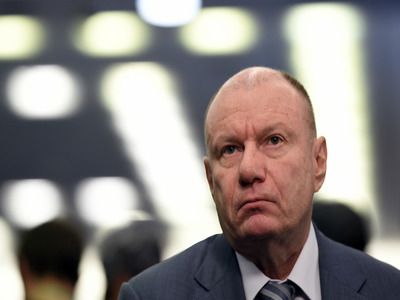 The Fortune of Seven Russian Billionaires in January Grew by $ 2.7 Billion

FinancesState financeFinance accounting and auditEvents
OREANDA-NEWS. Seven Russian billionaires in January were able to increase their fortune by a total of $ 2.7 billion, while for 16 Russians the month ended with losses of about $ 8 billion. This is evidenced by the Bloomberg Billionaires Index (BBI) rating, which provides information on income of the 500 richest people on the planet.

Financial losses were suffered by co-owner and chairman of the board of NOVATEK Leonid Mikhelson (minus $ 2.46 billion), the main owner of the Novolipetsk Metallurgical Plant (NLMK) Vladimir Lisin (decrease by $ 867 million), chairman of the board of directors of PJSC Severstal Alexey Mordashov (minus $ 976 million), Owner of shares in NOVATEK and Sibur Gennady Timchenko (minus $ 1.96 billion).
Source: OREANDA-NEWS
Подписывайтесь на наши группы: Instagram | VK | Facebook | Twitter
Материалы по теме: