24 European Countries Protest against US Sanctions on Nord Stream 2 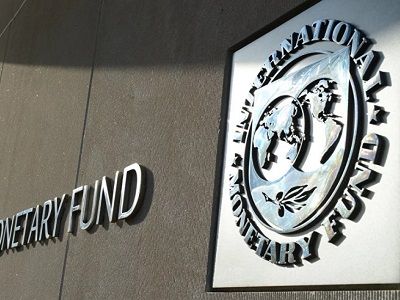 The IMF Improved its Forecast for Russia's GDP Growth

OREANDA-NEWS According to IMF analysts, Russia's GDP growth in 2019 will be 1.8%, which exceeds the basic macroeconomic forecast of the Central Bank. Oil prices and growing domestic demand should support the Russian economy.

The IMF published a regular analytical report on the world economic Outlook. The Fund's analysts adjusted their forecast for Russia's GDP growth in 2019, increasing it to 1.8%.

The adjustment was 0.3 p.p. - previously, the IMF in its July forecast estimated gross domestic product growth in Russia next year at 1.5%. At the same time, the forecast of economic growth for 2018 remained the same and amounted to 1.7%. When making a new assessment of the growth, analysts, as follows from the report, focused on the increase in the cost of oil and the growth of domestic demand.

The study positively assesses the process of systemic changes in the Russian financial sector. In particular, among the achievements of Russia was called the process of de-dollarization. "In recent years, Russia has made significant progress in maintaining financial stability. It includes closing down weak banks, implementing planned reforms, taking measures to reduce dependence on the dollar and increasing risks on unsecured consumer and mortgage loans," the report said. At the same time, IMF experts emphasize that "efficiency, competitiveness and quality of governance in the banking system still need to be improved."

In General, the IMF forecast for the economies of the CIS countries in October improved compared to previous reports. The expected growth for the entire post-Soviet region is expected at 2.3% in 2018 and 2.4% in 2019. One of the growth leaders could be Kazakhstan with GDP growth rates of 3.7% in 2018 and 3.1% in 2019.

At the same time, the forecast for global GDP was lowered by IMF analysts. "At the moment, in October 2018, the forecast is less balanced and much more expanded compared to the data in April this year estimates. Economic growth in the United States remains robust, based on Pro-cyclical fiscal development, which, however, could put further pressure on both growth in the United States and global growth. But we have lowered short-term growth prospects for the Eurozone, Korea and the UK," the report said. In addition, IMF analysts have reassessed the pace of economic growth for developing countries in Latin America, the Middle East (primarily Iran) and developing countries in Europe, including Turkey.