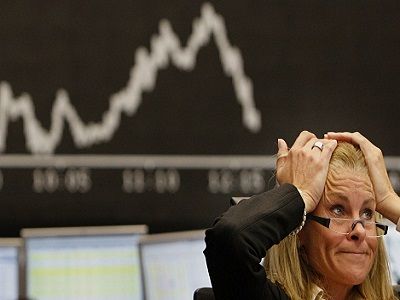 The IMF Predicts Next Financial Crisis

OREANDA-NEWS  The world economy is on the verge of another financial collapse. Now IMF predicts a huge total debt of the world. On the eve of the 2008 crisis, the average global debt  — to-GDP ratio was 36 per cent, and now it is more than 50 per cent. Astronomical sum: 182 trillion dollars. The international monetary Fund warns that if the financial system will not be able to reform it, the collapse can not be avoided.

The forecast for the immediate economic Outlook is contained in the IMF report on global financial stability, released in October.

Experts of the organization state that the governments of most countries have failed almost all the reforms required to protect the banking system — primarily from risky and rash actions of financiers, which caused a strong chain reaction of the collapse ten years ago.

The IMF recognizes that some lessons have been learned over the past decade by regulators — this is an increase in Bank reserves, and tighter supervision of the financial sector, but, as noted in the Fund, the measures taken were not enough.

"As a rule, risks increase in relatively calm periods (as now) — with low interest rates and controlled volatility. But these risks can spread to other, unprotected parts of the financial system," the report says.

One of the sources of the new crisis may be China, where the shadow lending sector has expanded to alarming proportions. Chinese banks are increasingly willing to Finance non-Bank institutions-brokerage houses and moneylenders acting as intermediaries between banks and businesses.

The volume of the shadow lending sector has reached almost seven trillion dollars. The IMF believes that this bubble is able to bring down the country's economy and launch a new Asian crisis, similar to the collapse of 1997.

Another reason for concern is the growth of international banks like JPMorgan and Industrial and Commercial Bank of China on a scale that surpasses the largest financial institutions on the eve of the 2008 crisis. Now, as then, they say that such structures are too large to go bankrupt. However, the experience of Lehman Brothers suggests otherwise.

Another problem that threatens to bring the situation to an extreme — trade wars, gaining momentum and discouraging investors appetite for risk.