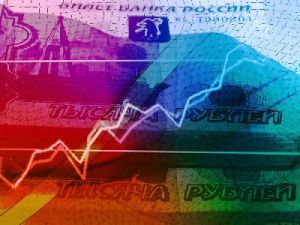 OREANDA-NEWS  The main factors in achieving the growth rate of the Russian economy above the world average and entering the Top-5 economies of the world are labor resources, investment and productivity growth, said the head of the accounts chamber Alexei Kudrin, speaking at the Gaidar forum.

"Labor resources will be reduced, the flow of migrants, which in previous years was closed, it will not be the same as now. Moreover, we do not grow real incomes, the devaluation also pushed migrants", - said the head of the accounts chamber.

Thus, according to him, the labor resources will have a negative impact on economic growth.

"There are still investments and productivity growth that need to grow in such a way as to cover all other factors," Kudrin said.

Trust in the authorities will also play an important role. "Achievements depend on policy in General, on its consistency. Integrity policy, the establishment of trust is not always described by the indicators. We now see from the polls that the trust is not so high," said the head of the accounts chamber.

He added that other national and structural steps were also needed, in particular the reform of public administration and the reduction of the role of the state in the economy.

Earlier, the accounts chamber presented a conclusion according to which the projected growth rates of Russian GDP will not allow Russia to get into the top 5 largest economies in the world by 2024, as it was planned in the may decree of Russian President Vladimir Putin.