Volume of Trade Between China and United States from January to September Fell by 14.8% 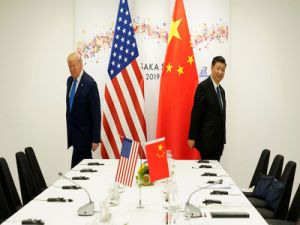 OREANDA-NEWS. Between January and September, China-US trade turnover declined by 14.8% year-on-year to $ 402.66 billion. This was announced at a press conference on Monday by the official representative of the Main Customs Directorate of the People's Republic of China, Li Kuywen.

According to the announced data, Chinese exports to the United States for this period decreased by 10.7%, to $ 312 billion, imports of American products - by 26.4%, to $ 90.66 billion. "On October 10 and 11, the next round of Sino-US trade and economic negotiations took place. In some areas, real progress was achieved", he recalled.