The Head of RUSADA Told about Possible Sanctions by WADA 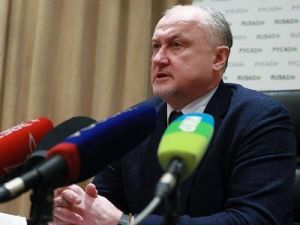 OREANDA-NEWS. On October 9, the Russian sports authorities will be required to explain to the representatives of the World Anti-Doping Agency (WADA) where the changes found in the database of the Moscow anti-doping laboratory come from.

The transfer of these files was one of the main conditions for restoring the compliance status of the Russian Anti-Doping Agency (RUSADA). If the explanations do not satisfy WADA, national sports will face big problems, the head of RUSADA Yury Ganus said.

According to him, nowadays the situation is critical. “The head of the WADA Compliance Review Committee, Jonathan Taylor, basing on an expert opinion, said they have no doubt: this is not an accidental change. You know, it can happen that they pressed a key once – and some information was removed. But the amount of data that was transferred by the Russian side in January cannot be changed with one random click,” Ganus said.

The head of RUSADA noted that the Ministry of Sports will be responsible to WADA, because RUSADA has no deal with anti-doping laboratories. According to him, the agency will have to find really convincing explanations of what happened, as well as the persons who are responsible for it, otherwise Russian sport will “be in the abyss”. Ganus explained that Russia can be debarred from participation in the 2020 Summer Olympic Gamed in Tokyo and in the 2022 Winter Olympic Games in Beijing as a minimum. The Russian sports official also spoke about what WADA expects from Russia and predicted more serious consequences for sports and the country than debarring from two Olympic tournaments.