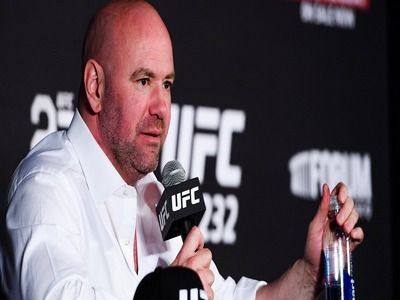 Physical activitySportEventsInternational activities
OREANDA-NEWS. The head of the UFC mixed martial arts promotion, Deina White, said on her Twitter that Khabib Nurmagomedov would not take part in the UFC 249 tournament, the main event of which was to become a Russian vs. American Tony Ferguson.

“The tournament will take place, but Nurmagomedov is not participating”, He wrote. He also promised to announce the full list of matches on Monday, April 6. Earlier, Nurmagomedov, who holds the UFC lightweight champion title, announced on Instagram that his fight with Ferguson would not take place. According to the 31-year-old athlete, holding a meeting in a pandemic of coronavirus infection is impractical.

According to the original plans, the battle was to take place in Brooklyn on April 18. In connection with the spread of COVID-19, UFC management had to look for another venue, the venue of the competition has not yet been officially announced. The date of the tournament remains the same.

Fight Nurmagomedov - Ferguson breaks down for the fifth time. In December 2015, a Russian man broke an rib during a training session; in April 2016, an American found fluid in his lungs. In March 2017, Nurmagomedov was sent to the hospital after losing weight, and in April 2018 Ferguson tore the cruciate ligaments of the knee.
Source: OREANDA-NEWS
Другие новости: