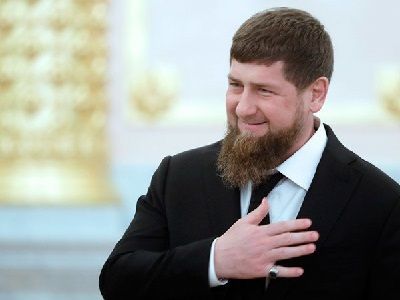 OREANDA-NEWS The presidential decree States that the company "Chechenneftekhimprom" is the property of the Republic in order to promote industrial production in the region.

The President of Russia Vladimir Putin has signed the decree about transfer 100% shares of JSC "Chechenneftekhimprom" (CNHP) to the Chechen Republic. The company were still in Federal ownership. In 2015, the head of the region Ramzan Kadyrov asked to transfer the company to Chechnya.

Putin's decree, published on the Internet portal of legal information. It states that the decision was made on the proposal of the governments of Chechnya and Russia "in order to develop industrial production in the Chechen Republic and improve the efficiency of the use of property" of the company "Chechenneftehimprom".

The decree came into force on September 18, 2018, two months are allocated for the transfer of shares to the Chechen authorities.

In December 2015, it became known that Kadyrov had appealed to Putin with a letter in which he offered to transfer CNHP, which leasehold was governed by the company "Rosneft", the property of the Chechen Republic. In his letter, Kadyrov noted that" the significant potential of the CHP, not associated with oil refining, is practically not used", and the transfer of the company to the authorities of the region will not infringe on the interests of Rosneft.

At the same time it was reported that Putin supported Kadyrov's proposal. However, in the spring of 2016, the head of Chechnya complained to the President that the government had not taken the necessary decision.

Itself "Rosneft" was later proposed another scheme of transfer of the property, according to which Chechnya should receive the control packet of shares of "Grozneftegas" ("daughter" of "Rosneft", which works on the leased assets CNHP) and other property of the company in exchange for the payment of "Rosneft" to 12.5 billion rubles.

In April 2017, different sources reported that Rosneft will continue to work in Chechnya and will not sell its regional assets to the Republic (the main one is Grozneftegaz).