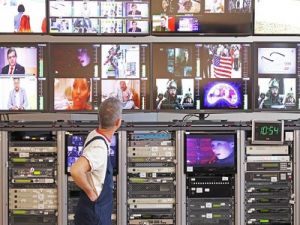 OREANDA-NEWS. On Monday, Russia will complete the transition to digital terrestrial television - analogue broadcasting of federal television channels will be turned off in another 21 regions of the country.

“The analogue shutdown of analogue broadcasting from the Mission Control Center will be carried out by the head of the Digital Development Center of Roscosmos, Konstantin Shadrin, and CEO Andrei Romanchenko and astronaut Alexander Skvortsov from the International Space Station”, a Russian television correspondent was told in the press service of the Russian television and radio broadcasting network.

Broadcasting of federal television channels within the framework of the last wave of blackouts will be stopped by more than 3 thousand out of 13 thousand analog transmitters operating on Russian air.

The creation of a digital television network was a key event of the federal target program “Development of Broadcasting in the Russian Federation for 2009-2018”. Over the years the program has been implemented, about 100 million televisions supporting the digital standard and about 20 million set-top boxes for old televisions have been sold in the country.