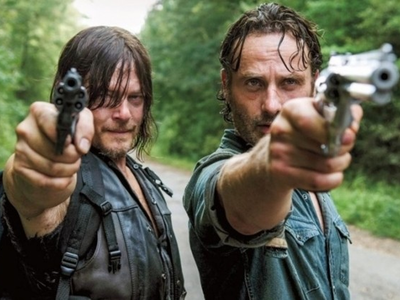 Actors of the New Spin-Off "The Walking Dead" are Named

Culture and leisureFilm industryArt
OREANDA-NEWS Alex Mansour, Nicolas Cantu and Hal Campston will play key roles in the new project "The Walking Dead". It will be about the first generation of people who grew up after a zombie apocalypse. The series will focus on two young girls, and the action will unfold in the part of The Walking Dead Universe that the audience has not yet seen. Other details are not disclosed yet.

The actress for the second main role is still being sought.

The ten-series project will deal with the executive producer of "The Walking Dead" Scott M. Gimpl and screenwriter Matthew Negrete. Mattew will be the show runner of the series.

It is not known whether someone from the original series or the spin-off "Fear the Walking Dead" will appear in the new series.

Filming will begin in the summer, and the premiere will be held in 2020.