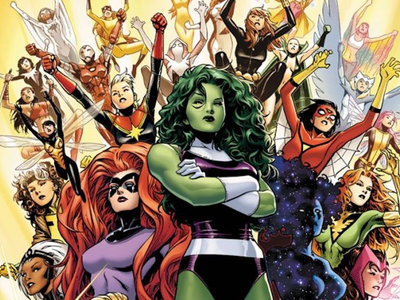 Marvel Plans to Make a Series about Its New Superheroine

Culture and leisureFilm industryArt
OREANDA-NEWS The Marvel studio plans to shoot a series about the new superheroine. According to various media outlets, negotiations are underway to shoot the picture with ABC.

Details of the project have not yet been disclosed. At the same time, it is known that a woman who will be distinguished by extraordinary abilities will become the new superhero character.

It is worth noting that today Marvel already has a story about the adventures of a superhero girl. So, in 2015, the series “Jessica Jones” was released, where the main role was played by actress Kristen Ritter.

The premiere date of the new project is currently kept secret. It is also unknown about the director of the series.