The Most Anticipated Premieres of Netflix, Hulu and HBO are Named 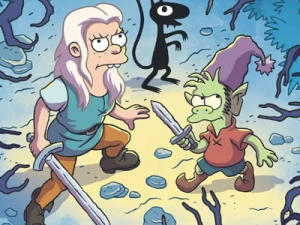 A compilation of the most interesting and intriguing shows has been compiled, the shows of which will begin in September 2019 on Netflix and other streaming services. The top list is published in the online magazine Digital Trends.

For more than a year, fans of the animated satirical fantasy sitcom from the creator of The Simpsons and Futurama Matt Groening have been waiting for the sequel, and finally, on September 20, we will see it. Starring comedians Abby Jacobson, Eric Andre and Nat Faxson, the action takes place in the medieval fantasy kingdom of Dreamland. The series tells the story of the 19-year-old rebellious princess Bob and her adventures with the naive companion elf Elfo and personal demon Lucy.

This comedy series created by Ryan Murphy revolves around the story of Peyton Hobart, a wealthy politician from Santa Barbara who is running for high office. His wife Georgina is played by Gwyneth Paltrow. The first season will premiere on September 27th. The series, which is designed for two seasons, will also include musical numbers.

The premiere of this seven-part sci-fi thriller is scheduled for September 12. It begins with an amazing music festival on an exclusive island and ends with ten people waking up in an unfamiliar place, not remembering how they got there and even who they are. When the characters try to return home, they are faced with psychological and physical problems. The series was shot on the background of the beauties of the Dominican Republic.

Katie Kurik plans to release the first season on September 13. Caitlin Dever plays Marie, a girl who is accused of lying about rape. A pair of female detectives played by Tony Collett and Merritt Wever should uncover the truth. History has a real foundation.

This series is about police everyday life and will consist of 12 different stories shot in four countries - Great Britain, France, Germany and Spain - and in four languages. The creators describe the new show as a drama that focuses on intense mental conflict between detectives and suspects. The schedule date is unknown yet.