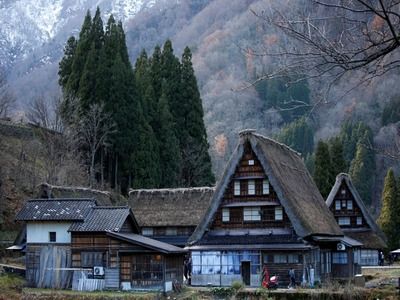 As the newspaper notes with reference to the police and firefighters, as a result no one was hurt, the objects of architecture aren't threatened by fire. The American media, citing an employee of the fire department, said that at least one building was damaged. According to the interlocutor of the agency, the damage was minimal, and the fire was already extinguished. Agency didn't name the cause of the fire and refused to clarify exactly how many buildings were damaged and whether these are protected buildings.

Asahi Shimbun notes that the fire occurred at 14:30 local time and covered a barn located in a parking lot near the village. The Japanese television station also posted a video of putting out the fire. The blazing building is visible on the frames, and near it's one of the houses of the gassho-zukuri, the fire didn't spread on it. According to the TV channel, the barn was 500 meters from the objects of architecture.
Source: OREANDA-NEWS
Поделиться в соцсетях:
Подписаться на наши группы: Instagram | VK | Facebook | Twitter
Rate this article: