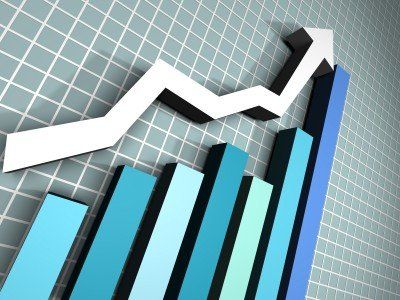 OREANDA-NEWS. Chinese steel demand may be near its peak amid slowing population growth and urbanisation, reducing the need for steel in housing, transport and other infrastructure, said the Reserve Bank of Australia (RBA).

It is also possible that the amount of steel used per person, or steel intensity, has peaked, Australia's central bank said said in its November statement on monetary policy. The steel intensity of the Chinese economy has increased significantly during China's industrialisation and urbanisation since the 1990s, but this effect is poised to peter out as the economy shifts away from heavy industry and towards services, it said.

"If so, China's experience would remain consistent with that of many advanced economies, where steel intensity rose with incomes, and then plateaued at a similar level to China's current steel intensity at around the same income level," the RBA said. The exceptions are economies that export a much larger share of their steel output and therefore steel intensity peaked at a higher level in Japan, which exports higher grade steels, and in South Korea steel intensity is still increasing because of its exports, it added.

It is unlikely that China will follow the same trajectory as Japan and South Korea, the bank said, as the level of exports this would imply would be extremely large relative to the rest of the world's current demand for steel, given China already accounts for around a quarter of global steel exports. Further increases in steel intensity will also be inconsistent with the Chinese government's stated longer-term policy priorities on environmental protection.

Chinese authorities have intensified their commitment to reducing air pollution by implementing constraints on steel production, which is a heavy user of coal. Some of the policies announced include targeted reductions to steel production over the winter months in 28 cities located in regions where production collectively accounts for more than a third of China's annual steel output. Chinese steel exports may also face trade action from other steel producing countries regarding subsidies to Chinese steel producers.

"The effects of these restrictions on overall production might be ameliorated by shifting production to the summer months, to other provinces and to less polluting steel mills," the RBA said.

Chinese steel demand is unlikely to fall sharply as slowing demand for construction-related steel is likely to be gradual, while demand from the car industry may support Chinese steel production, the bank said.

Car ownership in China of around 130 vehicles per thousand people, remains low relative to other economies compared with more than 800 in the US. Consequently, production and use of motor vehicles have considerable room to grow as household incomes rise in China, the RBA said.