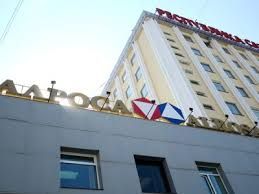 IndustryNon-fueled minerals extractionState
OREANDA-NEWS. The location determining system saved the lives of dozens of miners. The miners themselves have acknowledged this fact. As they explained, the alarm was heard in the underground mine even before the water flooded the workings, which allowed many people to escape.

You will recall that 142 miners out of 151 were brought to the surface in the first hours after the accident. Alisher Mirzaev, saved on Saturday, was also spotted at the underground level 410 due to his radio location mark. Thanks to these radio location marks, the rescuers established the supposed location of eight missing miners at the time of the accident.
Source: Alrosa
Поделиться в соцсетях:
Подписаться на наши группы: Instagram | VK | Facebook | Twitter
Rate this article: