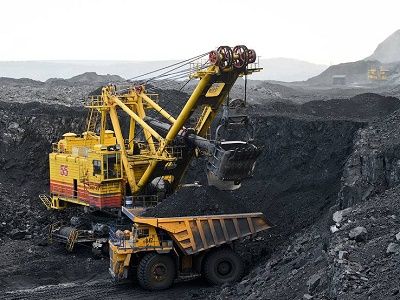 The facility has been implementing the program of shifting to open coal mining for several years in joint effort with the Republic of Sakha (Yakutia)’s administration. Open mining is more profitable and safe than underground mining. Mining at the deposit has great social importance as the company supplies its steam coal to housing and utilities providers in 16 of the republic’s regions, including those beyond the Arctic Circle.

In summer 2016, underground mining was completely halted at the deposit and stripping works began, with nearly half a million cubic meters of overburden removed from the coal bed.

All necessary equipment for open pit mining, including an Atlas Copco drill rig, excavators, a Liebherr tracked bulldozer, BelAZ trucks and ancillary equipment, has been acquired for the pit. As the volume of mining and overburden works at the pit increases, more equipment will be brought in.

The facility’s personnel has undergone conversion training in new skills for working with the new mining and conveyor equipment.

Mechel is an international mining and steel company. Its products are marketed in Europe, Asia, North and South America, Africa. Mechel unites producers of coal, iron ore concentrate, steel, rolled products, ferroalloys, heat and electric power. All of its enterprises work in a single production chain, from raw materials to high value-added products.