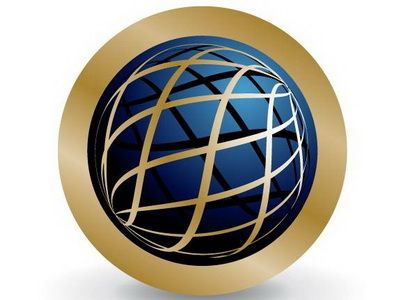 The Bald Peak Property was acquired in early 2017 (see news release of March 06, 2017).  During the summer, Radius conducted several staking campaigns to cover newly identified areas of interest.  To date, the Company has added 113 claims to the original 38 claims purchased, increasing the land position to 151 unpatented mining claims in Mineral County, Nevada and one mineral prospecting licence in Mono County, California.  The project now covers an 8 km by 2 km area of a fully un-eroded epithermal system.

The Bald Peak Property is an early stage, high-level epithermal gold prospect centrally located within a broad area of Miocene volcanic centers known as the Bodie Hills Volcanic Field (BHVF).  Sinter terraces outcrop along the length of the Property, evidence that the epithermal system is not eroded beyond its paleo-surface and is thus likely fully preserved.  The BHVF is host to several high grade gold mines, including the Aurora and Bodie mining districts, both of which are in close proximity to the Bald Peak Property and formed in a similar geological environment.  Despite the Property’s proximity to several Au-rich mining districts, the area has seen limited exploration activity.  Several operators have acquired the Property over the last 30 years and mapped alteration zones and various other criteria pertinent to epithermal gold discoveries.  The area has seen very limited drilling however, and its potential remains untested.

In 2017, following the acquisition, Radius conducted geological mapping, and rock and soil sampling programs, the results of which work led to the staking of additional ground.  Results of the mapping program better defined lithologic contacts across the Property at a project-scale, answered several questions that derived from the USGS 2015 map of the Bald Peak area and importantly identified new areas of high level banded veining, several areas of anomalous Au, Hg, As and Sb in soil and rock, and identified previously unmapped areas of hot spring related silica sinters.  Along the eight kilometre NE-trending zone (which historically is the trend orientation along which historical gold deposits have been found in the region), the Company has collected 219 rock samples, and over 4,000 soil and stream sediment samples.  Several new targets that warrant further exploration have been identified from the preliminary results of this work.  To review results to date, please visit our web site.

Radius has consolidated the entire district and intends to employ a systematic exploration strategy.  Management believes the Bald Peak prospect constitutes an excellent opportunity for making an epithermal gold discovery and that testing the system at appropriate depths beneath geochemically anomalous sinter terraces is key to making a discovery.

This summer, the Company also completed the necessary studies required for its Plan of Operations filed with the US Forest Service to drill its Spring Peak Project, Nevada.  An authorization to commence work is expected early in 2018, and Radius intends to complete a first pass drilling program on the project next year.

The Company has decided to drop the ABC Property, Nevada.  The relinquishing of this target will allow Radius to focus on the higher priority Bald Peak and Spring Peak targets.

The work program at the Bald Peak Property was planned by Radius Gold personnel and implemented by company personnel, consultants and contractors.

Rock samples were collected by Radius Gold personnel and/or consultants.  During the prospecting phase, suitable certified reference materials were added to the sample stream.  Rock samples were delivered to ALS Chemex, prepared using method Prep-31, and fire assayed by method Au-ICP21, as well as analysed for multi-elements by method code ME-ICP61.

The soil survey was contracted to Ethos Geological.  Soil samples were collected in kraft bags and sent in sealed containers to ALS Geochemistry, Reno, Nevada.  All sample sites were labelled with flagging tape displaying their unique sample number.  The samples were sieved to minus 180 microns (Prep-41), and then analyzed by ICP-MS for 51 elements (method AuME-TL43).

Radius has been exploring for gold in the Americas for over a decade.  The Company has a strong treasury and is looking for investment and project acquisition opportunities across the globe.