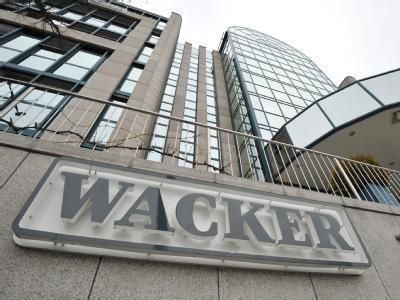 OREANDA-NEWS. After a good fourth quarter, Wacker Chemie AG achieved its sales target for full-year 2016 and exceeded its earnings expectations. According to preliminary calculations, the Munich-based chemical group generated total sales of €5.4 billion during the reporting year (2015: €5.3 billion). That was about 2 percent above the 2015 figure. The increase was primarily attributable to higher volumes. Every division generated year-over-year sales growth in 2016.

According to preliminary figures, Group EBITDA (earnings before interest, taxes, depreciation and amortization) came in at €1.10 billion (2015: €1.05 billion). It was 5 percent above the prior-year level despite substantially lower special income from advance payments retained and damages received from solar-sector customers. These special-income items amounted to some €20 million (2015: €138 million). Adjusted for this effect, EBITDA increased by 19 percent in the reporting year. The Group’s EBIT (earnings before interest and taxes) came in at €365 million in 2016 (2015: €473 million). This year-over-year decline of 23 percent reflects the substantial increase in depreciation. In 2016, depreciation amounted to some €735 million (2015: €575 million). WACKER posted preliminary net income of some €190 million (2015: €242 million).

“Our chemical business performed well in the fourth quarter, and we also saw good volume growth in semiconductor wafers and poly-silicon,” said Group CEO Rudolf Staudigl on Wednesday in Munich. “Thanks to good customer demand, sales were substantially higher in all segments than a year ago. On balance, we generated the strongest final-quarter sales to date.”

WACKER’s capital expenditures amounted to €430 million in 2016 (2015: €834 million) according to preliminary figures – down by almost one-half versus last year, as expected. Capital spending focused on expanding capacities for downstream silicone products, on modernizing Siltronic’s crystal-pulling facilities and on completing the polysilicon plant in Charleston, Tennessee (USA). WACKER finished commissioning the production facilities there on schedule in the third quarter of 2016.

The Group’s net cash flow was clearly positive, as forecast, and amounted to around €400 million (2015: €23 million). This strong rise was mainly due to the substantial decline in capital expenditures. Net financial debt was slightly below the year-earlier level, as expected. It amounted to around €990 million at December 31, 2016 (Dec. 31, 2015: €1.07 billion).

WACKER’s business in the final quarter was mainly spurred by lively customer demand. Sales were above the comparative Q4 2015 figures at every division.