Expert: EAEU Countries Will Work Together on Import Substitution 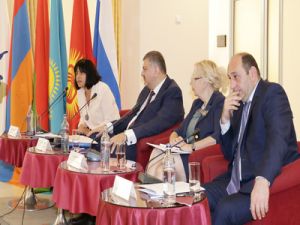 OREANDA-NEWS. The states of the Eurasian Economic Union (EAEU) are now focused on the joint localization of production of goods imported from third countries, and in the future they plan to harmonize tax systems. Russian Minister of Industry and Trade said about this.

“The EAEU industrialization map, the draft of which has already been developed, takes into account the industrial development priorities of all the Union states, and now we are already working on the creation of industry centers of competence, we are trying to eliminate duplication of production profiles of the EAEU countries. Union members are also interested in joint import substitution. We have to establish cooperation, jointly localize the production of goods now imported from third countries. And in the future we will harmonize the taxation systems of the EAEU states", he said.

The Minister recalled that the agreements on free trade zones are successful examples of the external development of the EAEU. "Since 2015, the union and a number of countries, including Vietnam, Iran and Singapore, have concluded agreements on a free trade zone. Now negotiations with Egypt are in the active phase", he concluded.