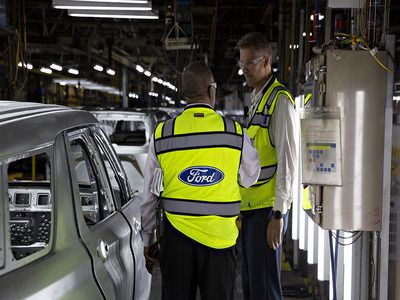 Ford Announced the Dismissal of 20% of Employees in Europe

IndustryVehicle commerceCars and equipment manufactureInternational activities
OREANDA-NEWS. Ford will lay off 12,000 employees in Europe due to production restructuring. This was said in a statement. By the end of 2020, the automaker plans to reduce the number of plants in Europe from 24 to 18. As Bloomberg notes, Ford will fire a total of about 20% of the staff. Most of the reductions will be in the UK, Germany and Russia.

Ford plans to reorganize unprofitable business became known in January. Ford sales in 2018 fell by two and a half times. In March, Ford Sollers announced the closure of passenger car production in Russia. The factory in Naberezhnye Chelny (Tatarstan), which produces the Fiesta and Ecosport models, ceased operation on 3 June. At the Vsevolozhsk plant in the Leningrad region on June 20, production of the Focus and Mondeo was stopped. Until the end of June, the release of Kuga and Explorer crossovers in Elabuga will be discontinued. Production of Transit vans under the investment contract in the special economic zone "Alabuga" is planned to be maintained.

In April, the head of the Ministry of Industry and Trade of Russia named Korean Hyundai among applicants for Ford plants. The company has a chance to take a place in Vsevolozhsk.

Ford’s plans to reorganize a loss-making business in Russia became known in January. Ford sales in 2018 fell by 2.5 times, to 53,234 cars, and the market share declined from 4.5 to 3%. In June, the Minister of Industry and Trade of Russia Denis Manturov said that Ford would auction plants in Vsevolozhsk and Naberezhnye Chelny, noting that the company has fully repaid the Vnesheconombank loan and can implement them in this way. In April, the head of the Ministry of Industry and Trade named Korean Hyundai among applicants for Ford plants.