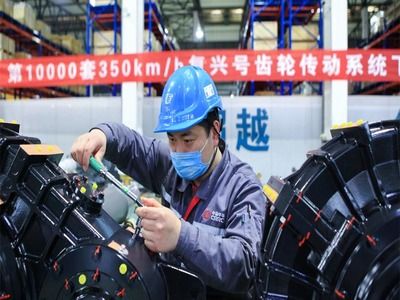 State financeIndustryCars and equipment manufacturePublic health
OREANDA-NEWS. Large Chinese companies have fully returned to work as a result of the successful fight against the epidemic of the new coronavirus. This was announced on Friday by the official representative of the State Statistical Office of the PRC Mao Shenyong.

According to the official, as companies recover recently, logistics costs have been reduced in the country. "However, as the situation on foreign markets is becoming increasingly difficult, and domestic consumption has weakened, Chinese enterprises are facing difficulties such as insufficient demand and a decrease in the number of orders", said Mao Shenyong.

As he noted, in such a difficult situation, the PRC government is forced to work out retaliatory measures, for example, to lower taxes and various state fees, provide business with additional financial support, and help enterprises restore production. “Companies have to solve many problems, so in the next stage we will take even more intensive strategic measures, which will also be more focused”, the official representative concluded.
Source: OREANDA-NEWS
Другие новости: