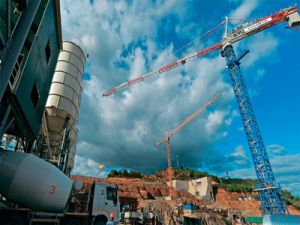 OREANDA-NEWS. The decision on the participation of Rosatom in the construction of a nuclear power plant in Saudi Arabia can be made no earlier than the end of 2020. "We don't forecast the adoption of a decision until the end of 2020 - 2021", the head of Rosatom, Alexei Likhachev, told reporters. He noted that the relevant tender is still underway.

According to Likhachev, Rosatom is comfortable working in Saudi Arabia. “I think that our Saudi partners will be set up to create an international combined project, but I don’t want to anticipate the decision of the hosts”, he added. Likhachev noted that Rosatom is ready to work as the Saudi customer suggests, although it's ready to cooperate with American, European and Asian companies.

Earlier it was reported that Russia was among the five countries that successfully passed the preliminary selection for participation in the competition for the construction of a nuclear power plant in Saudi Arabia, the head of Rosatom, Alexei Likhachev, told reporters.