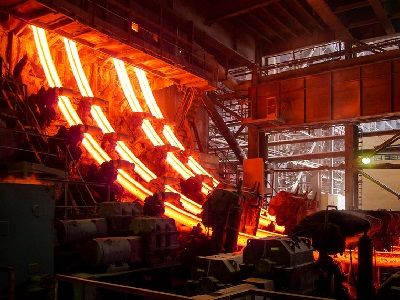 OREANDA-NEWS  The Russian-Chinese Fund together with Arab investors will Finance the creation of a large non-ferrous metallurgy enterprise in Russia from scratch to export products to China, the Head of the Russian Direct Investment Fund Kirill Dmitriev told reporters.

"Just in the next two or three weeks, we will announce a fairly large investment in the Russian project from scratch to create one of the largest players in the non-ferrous metallurgy of the Russian Federation. This will be an investment of the Russian-Chinese Fund, as well as our Arab partners, and an important large object will be created from scratch, which will supply non-ferrous metallurgy to China. This is an example of creating, respectively, a large holding company from scratch," he said.

This project can also be included in the list of national projects, said Dmitriev.

"This is already an existing large field, which has not been developed for a long time. And today, together with our Chinese partners, we will invest in its development...> It may well be considered as one of the projects within the national projects," the head of the Russian Direct Investment Fund explained.

Dmitriev also stressed the importance of private participation, including foreign investment in the implementation of national projects. "It is important that the budget [in the projects] were replaced by private ones. The project becomes more transparent, more effective and more advanced," he said.

According to Dmitriev, in the next two weeks, the Russian direct investment FUND will announce new investments of the Fund.

"Of course, the total investment in non - ferrous metallurgy together with other partners will be more than $500 million," Dmitriev said about the total amount of investments in the enterprise.

In addition, the head of the Russian Direct Investment Fund reported on the amount of investment in some other projects: in the expansion of cancer control centers and one of the largest Russian railway operators, which is among the top five. "In the same railway operator - we are talking about investments of about $200 million in cancer centers, too, investments are measured in tens of millions of dollars," - said Dmitriev.