In Moscow, the Airs of Federal Channels Were Interrupted Urgently Due to a Storm 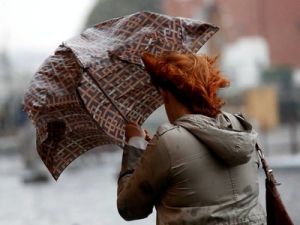 OREANDA-NEWS Broadcasting of federal channels was interrupted for several minutes due to a storm warning message. It is reported by "Moslenta" with reference to users of social networks.

“A strong wind is expected. Take cover in a capital building. Do not shelter or park under trees and rickety structures. Be careful. Phone rescuers 01, 101, ”the report said.

An “orange” level of weather danger was announced in Moscow and the Moscow Region before the evening of August 9, according to the Russian Hydrometeorological Center. Showers and squally wind with gusts of up to 25 meters per second are expected. Forecasters emphasized that there is a likelihood of natural disasters and damage.

Moscow Mayor Sergei Sobyanin stressed that the current storm warning is extremely serious, and asked the townspeople to be very careful.

Due to bad weather, Gorky Park was closed in Moscow. The city authorities also called on restaurateurs to close summer verandas for a period of storm warning.