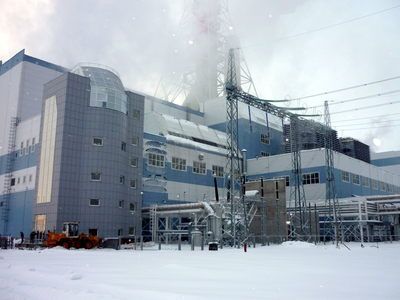 OREANDA-NEWS.  Electric energy production volume of TGC-1 including PJSC “Murmanskaya CHPP” for 2016 increased by 7.2% YOY and made 27,672.4 million kWh.

For the reporting period electricity output by hydroelectric power plants increased by 4.3% up to 12,863.1 million kWh due to higher water content in the Nevsky Branch compared to 2015.

Electric energy production by CHPPs increased by 9.9% up to 14,809.3 million kWh, which is caused by positive market trends with high-efficient combined-cycle gas turbines being loaded in priority order. Specific reference fuel consumption for electricity output decreased by 19.8% to 209 g/kWh on average for the Company.

According to 2016 results output by new units that were launched under capacity delivery agreements increased by 12.5% up to 6,582.8 million kWh, which corresponds to 23.8% of TGC-1 total output and 44.5% of CHPP output.

Average installed electric capacity utilization factor for the Company made 45.7%, which is 4.2 p.p. higher compared to 2015.

According to 2016 results, heat output of TGC-1 including PJSC “Murmanskaya CHPP” comprised 24,445 thousand Gcal, which is 6.2% higher than in 2015. Key factors resulting in the increase were lower outside air temperature in 2016 and connection of new consumers.