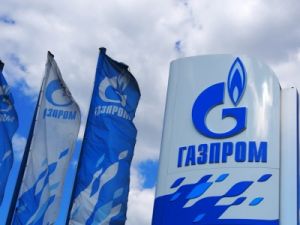 OREANDA-NEWS. The Gazprom Management Committee reviewed the information about the Company’s ongoing efforts to develop the domestic natural gas vehicle (NGV) market and about the readiness of the NGV refueling infrastructure for the 2018 FIFA World Cup Russia™.

It was noted that Gazprom was making systematic efforts to develop the compressed natural gas (CNG) filling network in Russia. The Company is building new CNG stations and platforms for mobile refuelers, as well as installing CNG modules at the existing filling stations. In addition, the operating NGV infrastructure is undergoing renovations.

In 2018, Gazprom continues to build new CNG stations, including for the purposes of the 2018 FIFA World Cup Russia™. A total of 47 CNG stations will be active in the host cities (Moscow, St. Petersburg, Kaliningrad, Kazan, Nizhny Novgorod, Rostov-on-Don, Samara, Saransk, Sochi, Volgograd, and Yekaterinburg). Four more CNG stations joined the network of 36 stations in 2017. Another seven stations will be put in operation by the start of the tournament.

The relevant subdivisions of the Company were instructed to continue working toward expanding the NGV refueling infrastructure.

The issues concerning the development of the domestic NGV market and the readiness of the NGV refueling infrastructure in Russian regions for the 2018 FIFA World Cup Russia™ will be submitted to the Gazprom Board of Directors.