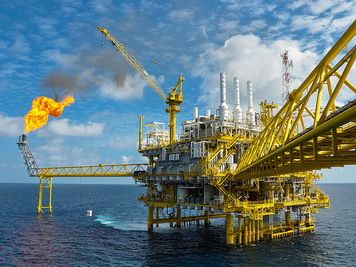 Fuel and energy
OREANDA-NEWS. Venezuela is expanding a network of retail fuel outlets near the border with Colombia in a controversial maneuver to strengthen the sharply devalued local currency.

The stations operated by Venezuelan state-owned PdV can only sell fuel in Colombian pesos exclusively to vehicles registered in Colombia.

Caracas is seeking to capture at least part of the revenue generated by smugglers who routinely resell up to 100,000 b/d of cheap Venezuelan gasoline and diesel in the higher-priced Colombian market.

Three service stations offering fuel priced in pesos to Colombian drivers are already operating in Zulia state, and 11 more will be operational before the end of next week, Venezuelan president Nicolas Maduro said on 18 January.

The stations will be located near border crossings in Tachira, Zulia, Apure and Bolivar states, and are intended to snuff out contraband mainly to Colombia, Maduro said.

The plan has revived political tensions with Colombia, which refuses to re-open the border to allow Colombian vehicles to fill up in Venezuela.

"The idea of allowing (Colombian) cars and trucks to go to the Venezuelan side for their gasoline supplies and pay in pesos is not good" for Colombia, Colombian president Juan Manuel Santos said in a 13 January radio interview in Bogota. "It distorts a situation that had already been on course to resolve."

Maduro has reopened parts of the border to pedestrians since the initial 2015 closure. But Caracas and Bogota have yet to agree on fully reopening the border to regular vehicle traffic.

Venezuela faces a separate challenge in supplying the new border stations. PdV's local refineries, with a combined 1.3mn b/d of nameplate capacity, were only operating at about one of capacity at end-2016.

PdV maintains its refineries are operating normally. The company also projects its 2017 crude and refined products imports at about 125,000 b/d.

From the Venezuelan government's perspective, any supply challenge appears to be outweighed by the potential to shore up the depleted value of the country's currency, the bolivar.

"Selling even one barrel of gasoline imported at free market dollar prices to Colombian drivers at a subsidized price in pesos makes no sense, until it's understood that President Maduro's plan is intended to generate peso revenues needed to fund the bolivar-peso exchange operations of over two-dozen new government-controlled currency exchange houses that Maduro is also installing on the Venezuelan side of the border with Colombia," a presidential palace official told Argus.

"This is not a plan to stop gasoline smuggling, but to break the black market bolivar rate on the San Antonio-Cucuta border," the official added, referring to the main Venezuela-Colombia border cities.

Venezuela's currency is currently trading unofficially at over Bs3,751/$, compared with the government's official controlled rates of Bs10/$ for imports deemed essential and over Bs600/$ for non-essential transactions including travel and corporate debt payments.

The new border exchange houses will only transact bolivar/peso operations, not US dollars.

Five unofficial Venezuelan currency traders contacted by Argus say the government's plan to strengthen the bolivar at the border is doomed to fail.

"It's a crazy idea which suggests either that the new cabinet's economic ministers are incompetent, or desperate," a Caracas-based currency trader said.

Venezuela's international reserves are now at $10.9bn, with over $9bn in foreign bond debt due in 2017, the trader said.

The Opec country's GDP contracted by more than 23pc in 2016, with inflation of about 800pc, according to preliminary central bank estimates.