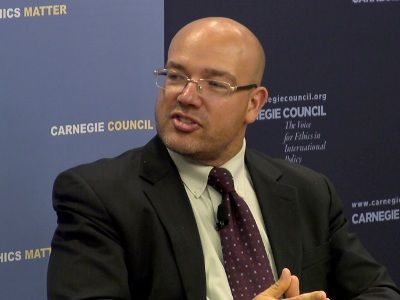 OREANDA-NEWS. Nikolas Gvosdev, a professor at the US Naval War College and an employee of the Foreign Policy Research Institute in Philadelphia, considers Russia’s chances of victory in an oil war to be high.

According to his article in The National Interest, the Russian authorities are “gambling” that by the end of the year the country would not only “push back against the United States”, but restore partnerships with Saudi Arabia also.

The expert believes that the rejection of the OPEC+ deal is connected to the fact that it has ceased to be beneficial to Russian oil companies. In response to this decision, Saudi Arabia threatened to increase production in order to put pressure on Moscow. But Russians have a number of advantages, Gvosdev notes. “…The Russian budget can meet its targets with far lower prices than Saudi Arabia’s budget will allow,” he emphasizes.

Gvosdev added that a “talented team” of the Ministry of Finance of Russia created a sufficient money reserve for a rainy day, because President Vladimir Putin learned from the trade wars of his American counterpart Donald Trump the following: “be prepared to take short-term damage if you think your opponents will be forced to concede.”
Source: OREANDA-NEWS
Материалы по теме: