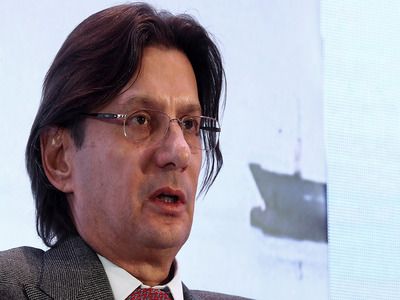 Fuel and energyOilMinistries and departmentsIncidents
OREANDA-NEWS. The price of oil, which fell on the evening of March 18 for the first time in 17 years below $ 25 per barrel, is disastrous. This was stated in an interview with the Russian television channel by the co-owner and vice-president of the largest Russian private oil company LUKOIL, Leonid Fedun.

On the morning of March 18, Russian presidential spokesman Dmitry Peskov said that the current price of oil "is certainly low". “I would like it higher”, he noted. At that time, oil was trading below $ 28 per barrel.

At the end of February, oil was trading at more than $ 50 per barrel. According to Fedun, the main reason for such a collapse in oil prices is the collapse of the deal to reduce OPEC+ oil production due to the fact that Russia and Saudi Arabia were unable to agree on the terms of its extension on March 6, and then the Saudis announced their intention to increase the supply of raw materials to the market more than 25%.

The first in support of Russia's withdrawal from the agreement on containing production with Saudi Arabia and other OPEC countries was the state-owned Rosneft.
Source: OREANDA-NEWS
Материалы по теме: