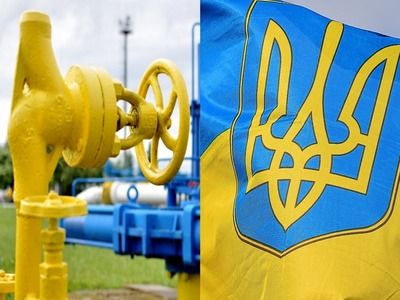 Fuel and energyInternational activitiesgasOther transport activities
OREANDA-NEWS. Andrei Gerus, the representative of the President of Ukraine Vladimir Zelensky in the cabinet of ministers, suggested that Ukrainian politicians Yury Boyko and Viktor Medvedchuk conclude an agreement with Gazprom through their company and supply gas to Ukraine. According to him, 800 traders are currently working in Ukraine, dozens of whom import gas.

“If Mr. Boyko and Mr. Medvedchuk agreed on some kind of gas price, they should immediately put these agreements on paper, sign an agreement”, he said on the TV channel “112 Ukraine”. According to him, the deal with Gazprom does not need power or a certain president in Ukraine. He also noted that Kiev “will always want a low price” if it is a question of the interests of the state. “Gazprom will want a high price. But when the two sides argue among themselves, there is a third - an independent court”, said Mr. Gerus.

Earlier, the head of Gazprom, Alexey Miller, at a meeting with Messrs. Boyko and Medvedchuk, said that the Russian company was ready to discuss with Ukraine an agreement on direct gas supplies at a 25% discount. He clarified that this would be a “direct contract” between Gazprom and the Ukrainian operator company.

Recall, on March 22, the presidential candidate of the party “Opposition Platform - For Life” Yuriy Boyko and Viktor Medvedchuk, known as a friend of Russian President Vladimir Putin, met in Moscow with Russian Prime Minister Dmitry Medvedev. The Russian side expressed its readiness to extend the transit contract with Ukraine on improved conditions. The future cost of fuel for the Ukrainian consumer was announced - $ 240–260 for 1 thousand cubic meters. However, Naftogaz said that European gas purchased by Ukraine is cheaper than the promised Russian Mr. Boyko: in March, fuel was purchased at $ 226, and in April - at $ 217.